Exploring the Interplay Between Ocean Eddies and the Atmosphere 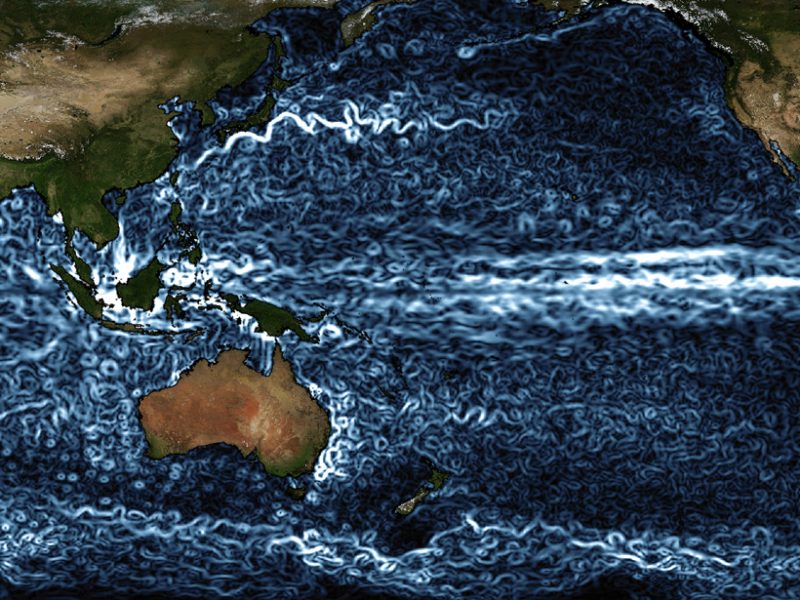 A new article entitled ‘Exploring the Interplay Between Ocean Eddies and the Atmosphere’, written by Walter Robinson, Sabrina Speich and Eric Chassignet, has recently been published on Eos (https://doi.org/10.1029/2018EO100609), summarising the workshop on ‘Ocean Mesoscale Eddy Interactions with the Atmosphere’, which was organised by CLIVAR and US CLIVARat Portland, Oregon, from 17 to18 February 2018, with the participation of more than 50 oceanographers and atmospheric scientists from 10 nations.

During the workshop, the participants shared the new understanding for ocean mesoscale eddies from both observation and modeling perspectives. The ever-improving observations show the imprint of eddies on sea surface temperature affects the overlying atmosphere, and these interactions feedback to affect the eddies themselves. While on the other hand, with rapid advances in numerical modeling, climate models, for the first time, have sufficient resolution to capture these eddies and their interactions with the atmosphere.

Participants agreed in consensus about the importance of eddy-atmosphere interactions for the ocean and the atmosphere at space scales and timescales much larger and longer than those of an individual eddy, and decided on several actions to advance the science: