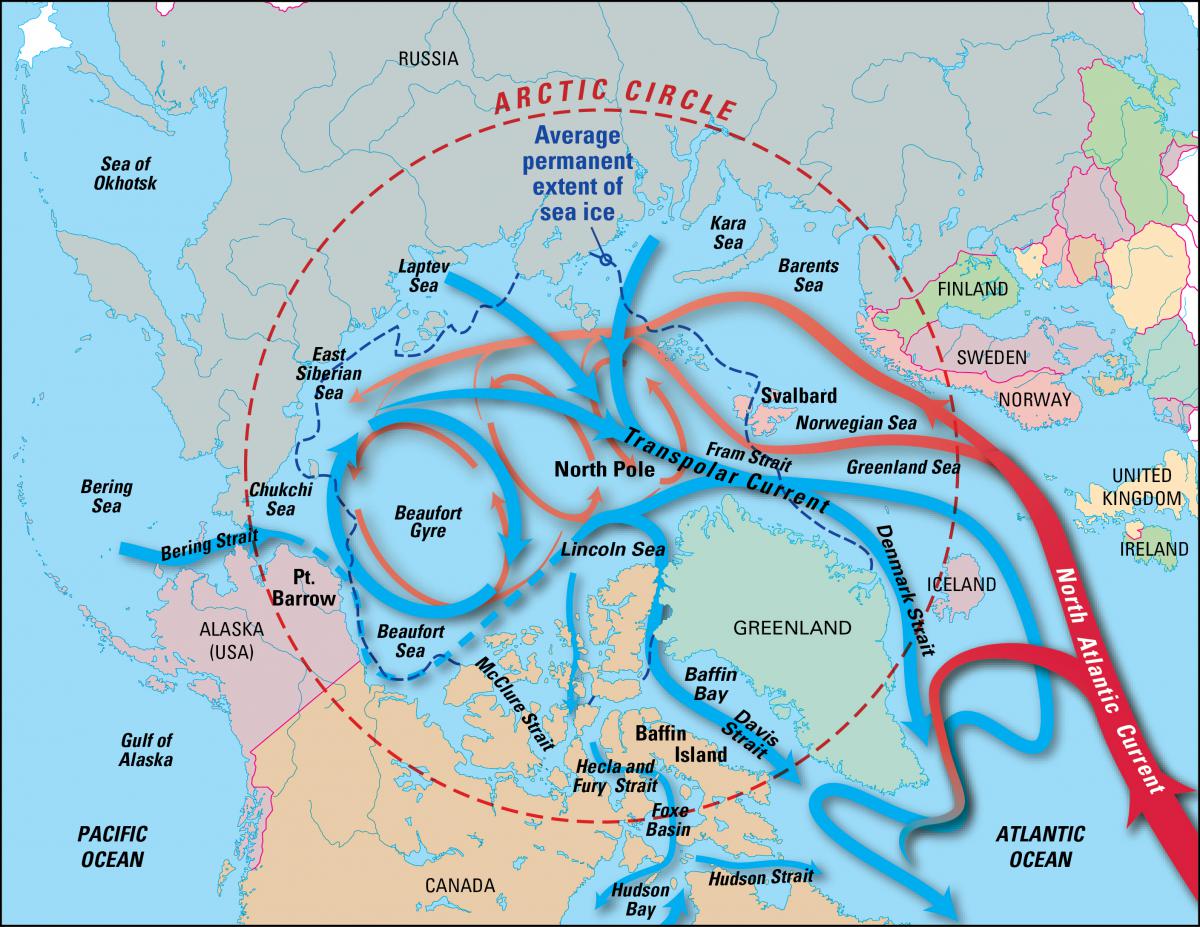 The Arctic climate is rapidly transitioning into a new regime with lower sea ice extent and increasingly younger and thinner sea ice pack. The emergent properties of this new regime, termed the “New Arctic”, are yet to be determined since altered feedback processes between ice, ocean, and atmosphere will further impact upper ocean heat content, atmospheric circulation, atmospheric and oceanic stratification, the interactions between subsurface/intermediate warm waters and surface cold and fresh layer, cloud cover, ice growth, among other properties.

The “New Arctic” regime will provide new opportunities, such as increased trans-Arctic shipping, but will also significantly impact ecosystem stability and Arctic communities. The emergent new climate regime needs to be understood in terms of the two-way feedback between the Arctic and lower-latitudes (both in the ocean and atmosphere), as well as the local coupling between ocean-sea ice-atmosphere. The net result of these feedbacks will determine the magnitude of future Arctic amplification and potential impacts on mid-latitude weather extremes, among other impacts. An international panel is therefore needed to coordinate efforts that will enhance our ability to monitor the coupled system, understand the driving mechanisms of the system change from a coupled process perspective, and predict the evolution of the emerging New Arctic climate.

The CLIVAR/CliC Northern Oceans Panel serves as an international forum for coordinating and strategizing activities on the role of the Arctic Ocean in the context of the global climate system from a coupled perspective. In addition, this panel facilitates progress in developing new tools and methods to observe the Arctic Ocean and neighboring seas and their climate impacts, to standardize and archive observations of the Arctic Ocean and the coupling with other components of the climate system, and to extend what will be learned through activities organized for the Year of Polar Prediction (YOPP), which is organized under the World Weather Research Program (WWRP), beyond 2019.

NORP was proposed on the CLIVAR Open Science Conference in September 2016 and the CliC SSG meeting On February 2017 and was finally endorsed by the 38th Session of the WCRP Joint Scientific Committee on April 3, 2017.