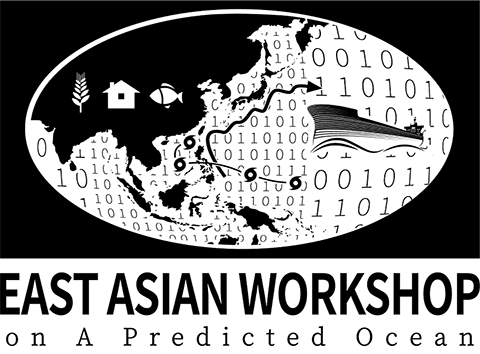 The East Asian Workshop on A Predicted Ocean, one of the important satellite activities of the second UN Ocean Decade Laboratory, was successfully held online on 17 September. This workshop was endorsed by CLIVAR.

The 4-hour meeting attracted more than 120 participants from all over the world, especially from East Asia. During the workshop, 12 invited speakers gave talks around three topics: development and applications of ocean models in the East Asia countries, prediction on key processes, and prediction on extreme air-sea interaction.

A lot of up-to-date modeling and prediction studies from short to long time scales were shown during the workshop. Dr. Choi emphasized the connection and linkage among agencies and with the UN Ocean Decade. He pointed out that the activities presented during the workshop were much relevant to the UN Decade of Ocean Science, so the high-level dialogue among different operational agencies in the East Asian countries is important for the co-design of the science and operational systems.

Dr. Qiao, chair of the workshop, made the opening speech and final summary of the presentation and put forward some potential cooperation areas raised and discussed during the workshop. For the first topic, two preliminary plans including programme application to the UN Ocean Decade and model intercomparison in the East Asian area were suggested. As for the second topic, BGC Argo and ecosystem modeling attracted attentions of many participants. Meanwhile, the IOC/WESTPAC CSK-2 project is looking for potential collaborators. For the third topic, the organizing committee showed interest in collaborating with CLIVAR to initiate a project on the development of new-generation climate model. In addition, the observation project on air-sea interaction, the OASIS as an endorsed Decade Action Programme, got high attention.

The East Asian Workshop was one of the important satellite activities of the second UN Ocean Decade Laboratory. It is co-sponsored by the First Institute of Oceanography (FIO) of the Ministry of Natural Resources of China, V.I.Il'ichev Pacific Oceanological Institute of Russian Academy of Sciences (POI) and Chonnam National University of Korea (CNU), co-organized by the CLIVAR International Project Office (ICPO), and was endorsed by CLIVAR.

Some of the presentations will be shared online in the near future.