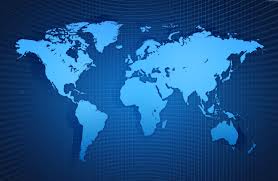 The spatial resolution of different components is essential in climate model design. This decade the powerful computing efforts have made the mesoscale-rich resolution affordable in the ocean and sea-ice models over most of the earth, which allows the ocean model to simulate more intense internal variability. Under this new regime of coupled modeling, to understand both the behavior of ocean and sea ice models in a controlled framework or protocol, as well as the challenges that come with higher resolution is important.

With the OMIP-2 protocol and JRA55-do forcing, the CLIVAR Ocean Model Development Panel (OMDP) and scientists from other ocean model communities recently presents global comparisons of fundamental global climate variables from a suit of matched numerical simulation in low- and high-resolution ocean and sea-ice models. The goal is to assess the robustness of climate-relevant improvements in ocean simulations (mean and variability) associated with moving from coarse (~1º) to eddy-resolving (~0.1º) horizontal resolutions. In the experiments, each low- and high-resolution pair of models is matched so as to isolate, to the extent possible, the effects of horizontal resolution. The fidelity of simulated temperature and salinity, sea surface height, kinetic energy, heat and volume transports, and sea ice distribution was accessed using a variety of observational datasets.

The biases in the low-resolution simulations are familiar and their gross features – position, strength, and variability of western boundary currents, equatorial currents, and Antarctic Circumpolar Current – are significantly improved in the high-resolution models. However, despite the fact that the high-resolution models “resolve’’ most of these features, the improvements in temperature or salinity are inconsistent among the different model families and some regions show increased bias over their low-resolution counterparts. Greatly enhanced horizontal resolution does not deliver unambiguous bias improvement in all regions for all models.

The results are published in the paper ‘Impact of horizontal resolution on global ocean-sea-ice model simulations based on the experimental protocols of the Ocean Model Intercomparison Project phase 2 (OMIP-2)’, which has been accepted for review by Geoscientific Model Development, and is now in the public discussion phase until 6 May 2020. This paper will provide a crucial benchmark for future studies comparing and improving different schemes in any of the models used in this study or similar ones. We are glad to invite the wide communities to input or give comments on this paper.